Big call right. - Trust me, it's worth it.
The Easter break provided me with the opportunity to finally pen this epic tale.
Enjoy it while downing a few choccy eggs ;) 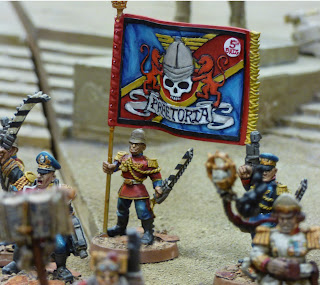 Being married with young kids, along with having a job that is hard to leave at work, means that finding opportunities to game can be really tough. In the past it has been the norm that I will organise a 'game day' with my mates and it will be cancelled because someone’s kid gets sick or someone’s wife pulls the pin on it. It happens and we move on. It makes the time we do play special. It is probably why we take photos, blog and celebrate the games that we play so much (thanks Muppet). This epic tail (over a few posts) is about that ultimate 'no holds barred' battle between real life and gaming. This time however, I set the stakes higher than ever before. This is the story of one man battling against extremes odds to play a game of Warhammer on the other side of the world.

I visited Warhammer World back in 2009 during a quick work trip to the UK. It was great. No, it was awesome. “How cool would it be to one day come back to the UK and play a game with my own army?” I thought to myself. It was an impossible dream. How would I even get an army from Australia to the UK? No, it's ridiculous. I was engaged and had no kids at the time but even then I knew it was a ridiculous dream. This year that dream became a reality.